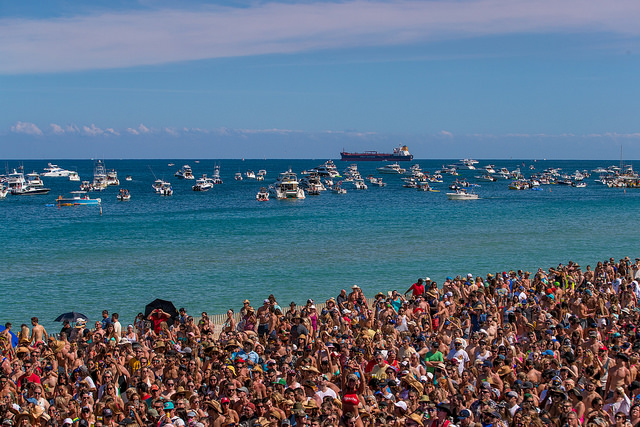 Recently Live Nation stock has been on a tear, growing nearly 40% in one month while having virtually no concerts.  I’ve seen lots of griping about this online. How the hell can it possibly be performing so well when we have no idea when concerts will return?

While it’s true that a lot of optimism from the recovery is being baked into the price, there’s a little more going on behind the scenes.

Side note: I’m personally conflicted about Live Nation as a company.  They’ve made it excessively hard to survive as an independent promoter and have done some sketchy things.  On the other hand, there’s a lot of really smart people in the music industry who don’t thrive in the gritty, scrappy environment of an indie promoter.  Live Nation gives them a job in a more corporate setting, complete with health insurance, an actual career trajectory, etc.

Putting that completely aside, here’s a bull case for Live Nation’s stock performance based on fundamentals and some industry dynamics:

First off, all things considered, they are handling this pandemic very well. They are sitting on $1.5B of cash and are able to tap an additional $1B in credit. Their existing debt covenants are fairly unrestrictive and they plan on getting their debt ratio back in check within 3 years (at which point the covenants become almost entirely unrestrictive). They cut their direct operating expenses by 85% and have a monthly burn of just over $100M.

As things get out of the pandemic, I don’t believe they will staff back up to pre-pandemic levels.  This sucks for my friends who were employed there, but it’s a shrewd move. Live Nation has traditionally been very decentralized, with local offices running more-or-less independently from the LA office.  I can see that changing, and more operations being run out of LA than ever before to help keep things centralized and expenses low.

So in terms of risk management and dealing with the pandemic they have done great considering the existential threat the event industry is in.

With regards to future cash flows, they are by nature a very high cash flow business and are well-positioned to be the leaders in scaling back up.

A concert takes a promoter, venue, and artist all aligning on a deal to make work. Most of the time, Live Nation is two of those things — venue and promoter — and in many cases, they are all three. While independent promoters wait until an artist is touring through the area, Live Nation block books an entire national tour in one fell swoop. Their vast reach means local restrictions don’t apply because they will have options across all A markets and most B markets they can place an artist in.

As a business strategy, Live Nation has relied heavily on acquisitions.  This is why the main performance metric they optimize against is adjusted operating income (AOI).  AOI is a weird thing to use, honestly.  It’s a non-GAAP metric that excludes the cost of acquiring a company, but includes the revenues that company generates.  The idea being an acquisition is a one-time expense and doesn’t affect the operations of a business.  This makes sense generally, but when you consider that acquisitions are a fundamental part of their business strategy, AOI starts to make less sense.  This is also why they favor deals where they control 51% of a company: a majority stake means they can claim 100% of their revenues, but they are only paying for 51% in costs.

From a stock performance perspective, none of the dubious nature of AOI makes a difference.  Live Nation has been reporting on it for years without being questioned, and that’s what the stock price reacts to.

I expect this acquisition strategy to eventually continue.  Their latest 10-K even says they are reserving about $420M for ‘general purposes, including investments’. The difference now is that the companies they are acquiring have had no revenue for over a year and are heavily discounted.

I should mention that I think this tactic is changing and I suspect they might not be as aggressive as before.  First, according to their SEC filings, their debt covenants “temporarily limit” their ability to make “certain investments” until a debt ratio is reached.  Second, they might have already hit the critical mass they need to grow their real profit puppies: ticketing and sponsorship & advertising.  It’s definitely worth noting that these are the only parts of their business that generate profit.

In terms of leadership, Michael Rapino is a Wall Street darling who knows how to play the stock market game. I’d argue their main growth factor as a company isn’t selling tickets or even sponsorship.  It’s the fact their market cap has grown 10x in the last decade.  That’s Michael “Cool enough for rock-n-roll but really just a Wall Street Guy” Rapino’s doing.  In terms of stock performance, he’s an excellent leader.

He’s also highly incentivized for the stock to perform.  In response to COVID, he lowered his pay to $0, so his compensation is entirely stock-based.

All this to say, I think there’s a lot going on behind the scenes at Live Nation.  While I don’t think this will be good for the industry at large, there are a few things pretty clear:

I’ve never worked at Live Nation — and don’t ever really intend to — but they are fascinating:  In many ways, they set the standard for all North American promoters due to their sheer size.  In an industry that’s historically completely guarded and private, they have to keep their books entirely open by law.  If you know what you look for you, you can really get a clear idea of industry trends and how they intend to shape them. 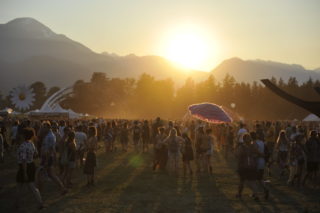 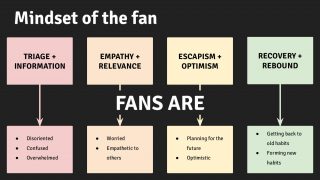 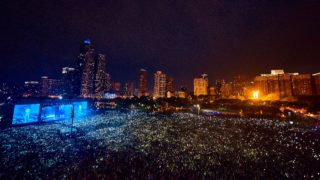